Going for breast augmentation often looks to be a good idea, but it mainly leaves a person’s body slightly disfigured. They may get the frontal curves, but their back becomes slightly disproportionate due to the lack of curves, and ultimately, they don’t look as good.

If you don’t want to go through the natural process of sculpting your body and hours of grueling exercises and pain to build up muscle, the best way would be to go for butt implants.

Thanks to the advancements in technology and medicinal science, it has become tremendously easy for people to be able to get a butt augmentation surgery, which leaves them with a more curved and refined butt.

If you want to get that beautiful butt that you see online in yoga pants, getting a butt implant is easily the shortest, albeit slightly expensive, way that you can take.

Most people are often confused when we talk about butt implants and surgeries. Do they operate on your butt? What does actually happen when you go for a butt enhancement surgery?

The implant that is placed in your butt is basically similar in shape to a tear drop, like an oval. An incision is made and the implant is basically inserted between the layers of muscle within the butt.

A common case with silicone implants is that the incision can open up, and then has to be re- sutured. Now, this does not happen commonly, but if it does, the patient is likely to have to spend an extra couple of weeks sleeping face down.

Now, these were the common methods that have been used to place implants in the butt. Butt injections however, are also becoming more and more popular.

There are a number of different kinds of injections that are used, the most common of which is the fat injection. The doctor basically asks the patient if she wants to remove any excess fat from her body; fats that are deposited on the back, the abdomen or the thighs.

Once the patient has been considered fit for the procedure, the fat in those areas will be removed by the doctors, purified and then will be used to create a fat injected, which is injected in the buttocks.

It takes around a month to get properly in place, but when it does, the patient will be able to move around, and it acts as a simple ‘butt lift’.

The reason why fat injections are so popular is because they don’t make use of a lot of unnatural techniques, since mainly the fat that is being used is from a person’s own body. 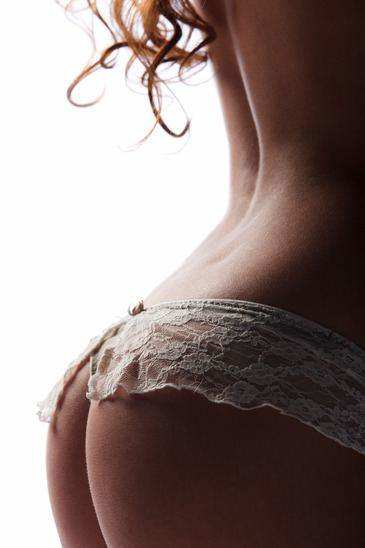 Another very common injection that is used is the silicone butt injection. Silicone is probably the most common type of implant that is used in buttocks, but what most people don’t know is that it is also available in liquid form.

However, this is not exactly an advisable process. While silicon in solid form is approved by the FDA to be used for cosmetic purposes, the liquefied silicone is considered to be illegal.

However, there are several practitioners that still offer this, mainly because it doesn’t require making an incision in the buttocks.

The problem with this is that the liquid form of silicon might move to different parts of the body, making it terribly difficult to remove later on.

The third type of injection that is used for buttocks surgery is the PMMA, which is short for polymethyl-methacrylate. One of the most popular injections within this category is the Artefill.

Approved by the FDA, this is a pretty common type of filler that is used for cosmetic purposes. However, people who are considering a PMMA injection for their buttocks need to know that the cost involved with this procedure is extremely high, which is the reason why most people are unable to afford it.

The client is likely to end up paying more than $100,000 for the whole process, which is significantly higher than most people are willing to spend on cosmetic surgery.

Now, it is important to know that there are a number of different options available if you want to get a butt implant. But, the thing is, these implants tend to get out of shape over the passage of time, at which point you will require another surgery.

Hence, it would be a better idea if you just opt to build a naturally firm butt by incorporating good food and healthy exercises in to your diet, as that way, maintenance costs will be significantly lower.

Getting buttock injections is considered by many as a shortcut option to getting a bigger butt. Nowadays, the trends have been changing drastically and more and more people are looking to get an enhanced, bigger butt.

However, not everybody is able to get one. With unrealistic standards being set by famous celebrities such as Nicki Minaj and Jennifer Lopez, the media has begun to focus mainly on the ‘butt’.

And, as the butt has become more and more popular, those who idolize these celebrities, such as their fans and followers, have begun to opt for different ways in order to enhance their buttocks too.

Unfortunately, getting a bigger butt in a natural manner might mean undergoing a strict diet plan, as well as making sure that you exercise on a daily basis. Even then, it takes quite a while for the bigger butt to take shape.

As a result of the increased interest in this industry, the forces of demand and supply have gotten to work, and more and more companies have begun to offer unrealistic, and at times, dangerous options to people.

Known commonly as the Brazilian butt lift, the fat injection is regarded as one of the most popular methods of augmenting your butts.

The doctor basically asks the patient where they would want to remove excessive fats from their body, with the most common options being the thighs, the abdomen and the back.

Once the patient has been deemed fit, the fat is removed from these areas, purified and then is injected in the buttocks. The recovery time is around 4 weeks, and the patient will get the go ahead from the doctor to return to work.

Hydrogel injections are illegal within the United States. However, the market is still pretty active. The solution that is used consists of 97.5% water, and only a small amount of polyacrylamide is used.

There is no regulation as yet for this type of injection, and it is considered to be cheaper than most other treatments. The client can also buy their own hydrogel kit in the black markets if they want.

An abbreviation for polymethyl- methacrylate, PMMA is commonly branded under the term Artefill.

The FDA has approved this in the United States, and even though it is regulated, the price of this type of procedure is extremely high; sometimes the procedure can cost more than $100,000.

One of the most common materials that is used for enhancing the buttocks is silicone. Silicone implants are used quite commonly in a female body, for breasts as well as in the butt as well.

Now, silicone is also available in a liquid form, and is also used quite commonly for butt injections. It is not always advisable because of the fact that even though the FDA considers the solid form silicone to be safe enough, the liquid form is still considered illegal.

As a result, in order to get your butt enhanced using a silicone butt injection, you will have to find a doctor to do it for you under the radar.

There are a number of anomalies however; the silicone in its liquid form might move to other parts of your body, or it could also cause inflamed tissues to form in your body, which is really not good for the patient.

Perhaps the most dangerous solution available, the unbranded injections are widely regarded as having horrible side effects. They have often been associated with a great number of complications within the patient, sometimes even leading to death.

Usually, unbranded injections are administered by unlicensed practitioners, and should only be administered after giving a written undertaking that all side effects will be the responsibility of the patient herself.

Unbranded injections are created by lowly manufacturing companies using substandard materials, and it is certainly not a good idea to inject them in your skin.

These are some of the most common methods of buttock injections that are available in the markets, in order of their popularity and associated dangers.

It is important to make sure that you first consult with your nutritionist and your dermatologist before you decide upon any of these measures.

HipsAndBum is THE resource for diet, fitness and relevant product reviews for women to feel their best

We are part of the Amazon.com Affiliate program as well as paid advertising sponsorships.

has been added successfully to your wishlist.